View All Search by Topic 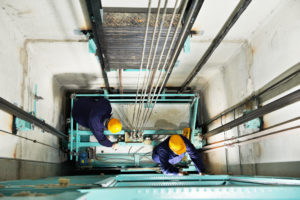 Kathleen (Kathy) Patterson, former 3-term D.C. Councilmember, became D.C. Auditor on December 15, 2014, after being nominated and confirmed unanimously by the D.C. Council. Patterson comes to ODCA after working for nearly eight years for the Pew Charitable Trusts, first as federal policy director for Pre-K Now, a 10-year Pew campaign that succeeded in doubling state investments in high-quality voluntary pre-k across the country, then as a director in Pew’s Government Relations department. Her work for Pew included outreach to federal and state policymakers on a wide range of public policy issues including performance budgeting, home visiting, dental care for children, election reform, and corrections reform.

Patterson was elected to the D.C. Council from Ward 3 in 1994, was re-elected in 1998 and 2002, and ran unsuccessfully for Council chairman in 2006. She chaired the committees on Government Operations, Judiciary, and Education, Recreation and Libraries. She was part of the leadership that brought the District out of financial crisis in the mid-90s and earned a reputation for effective oversight of executive branch agencies. Her major legislation included smoke-free D.C., the First Amendment Rights and Police Standards Act of 2004 governing policy practices handling demonstrations, school modernization, personnel reform, and authorization for public charter schools. Council reforms she initiated included the legislature’s annual performance hearings, authorization for special investigations, and a separate Council budget office.

Patterson is a former newspaper reporter including serving as a Washington correspondent for the Kansas City Star, and former communications director for the American Public Welfare Association. She holds a bachelor’s degree in journalism from Northwestern University and a master’s in English from Georgetown University.

Straight talk from the D.C. Auditor